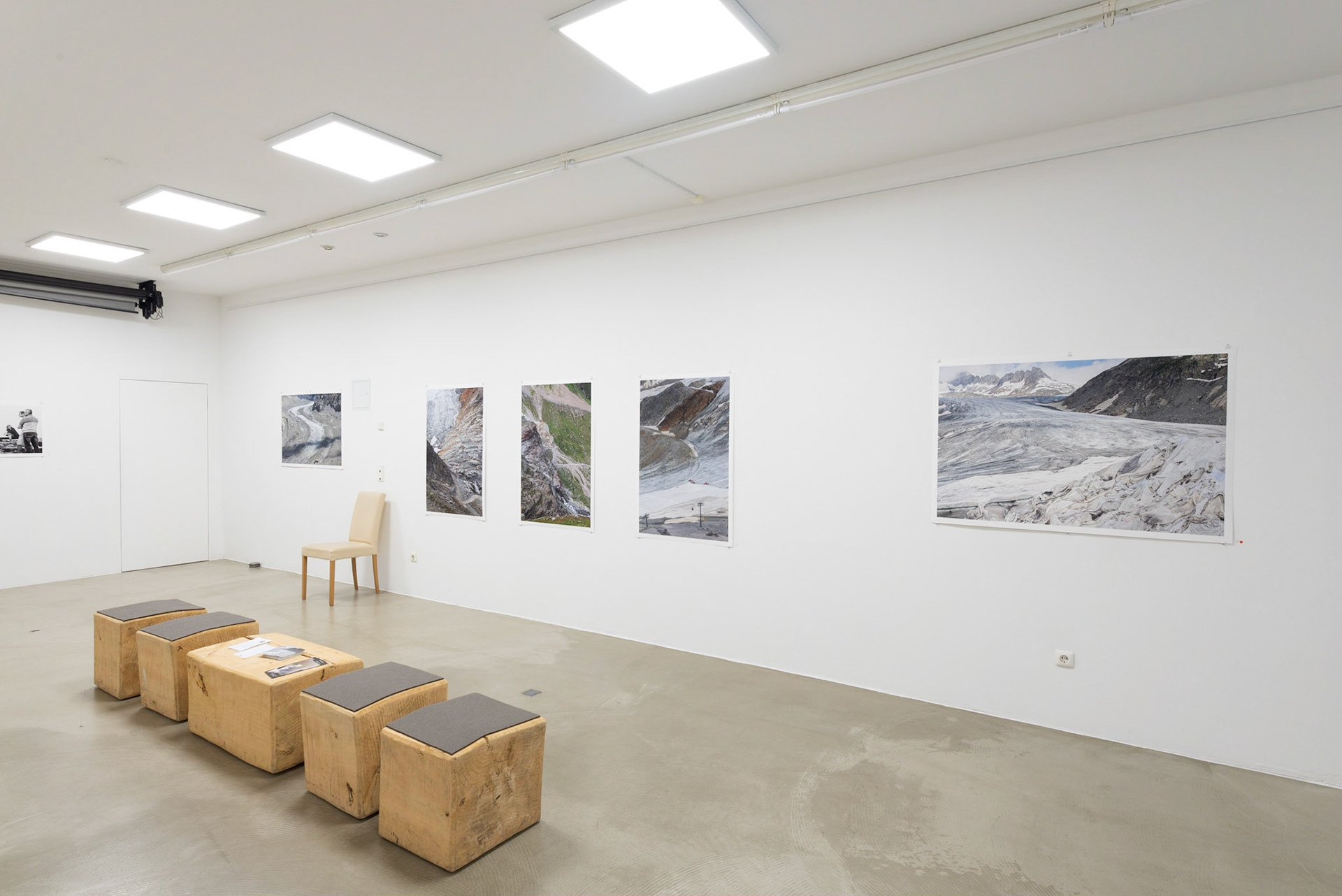 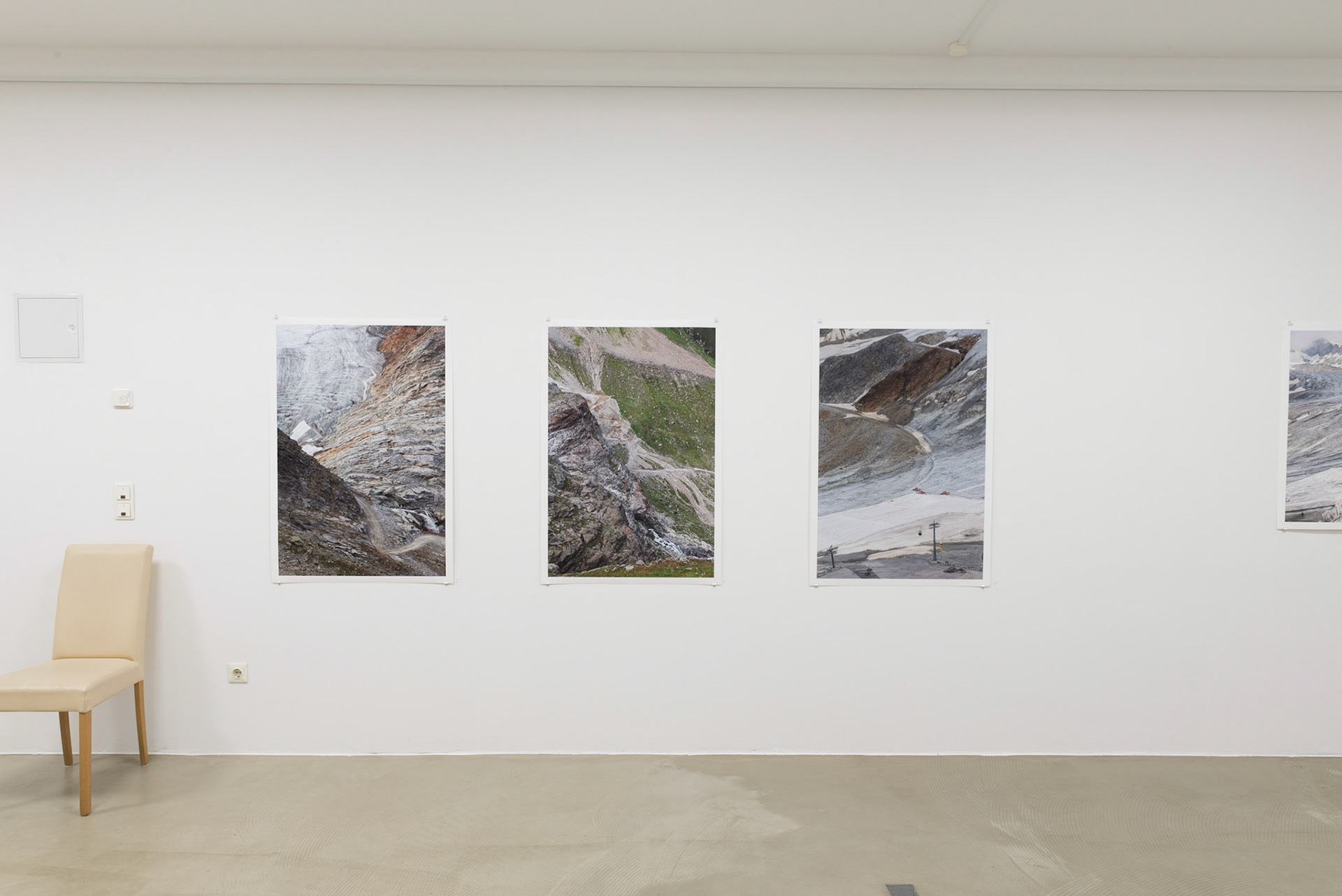 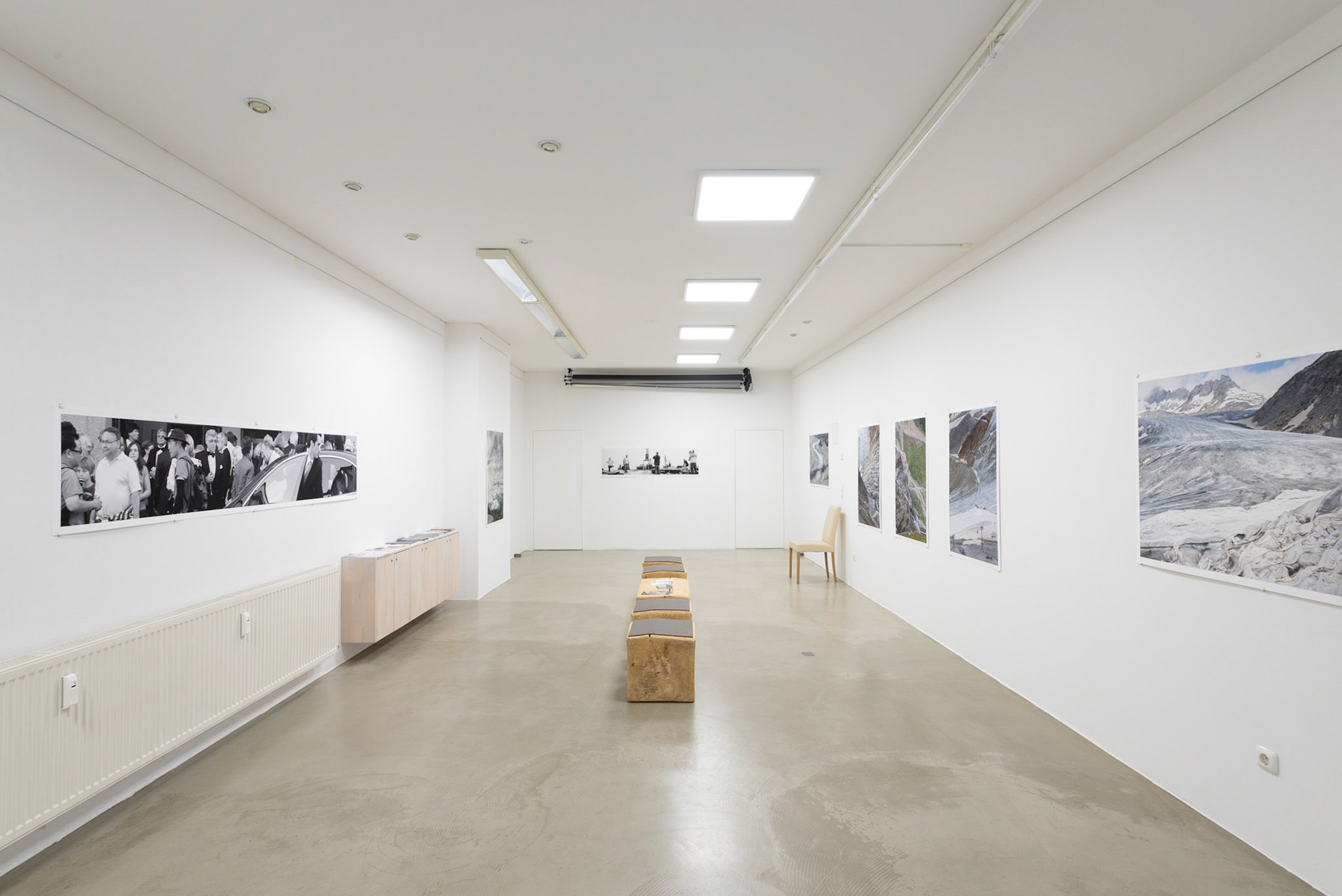 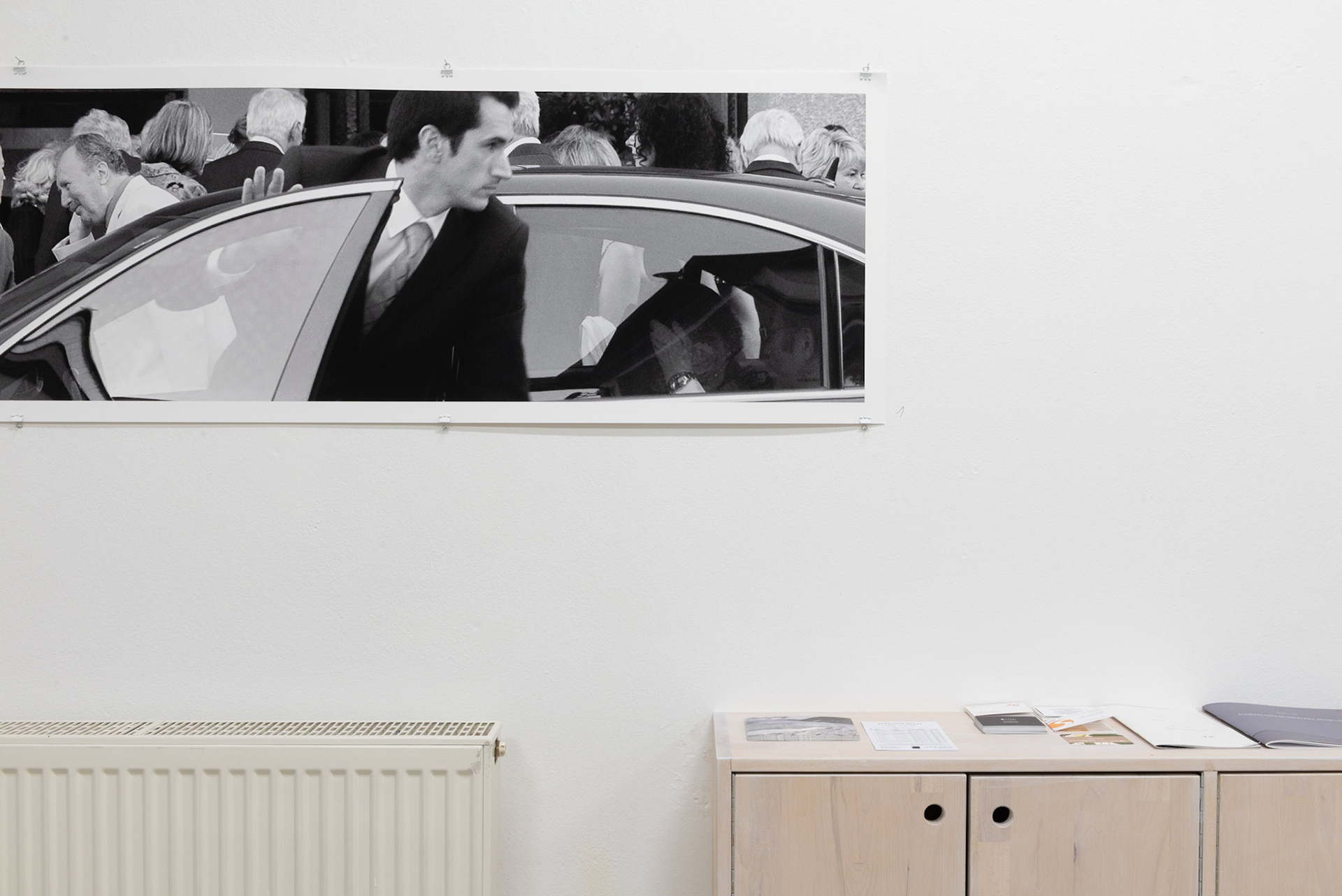 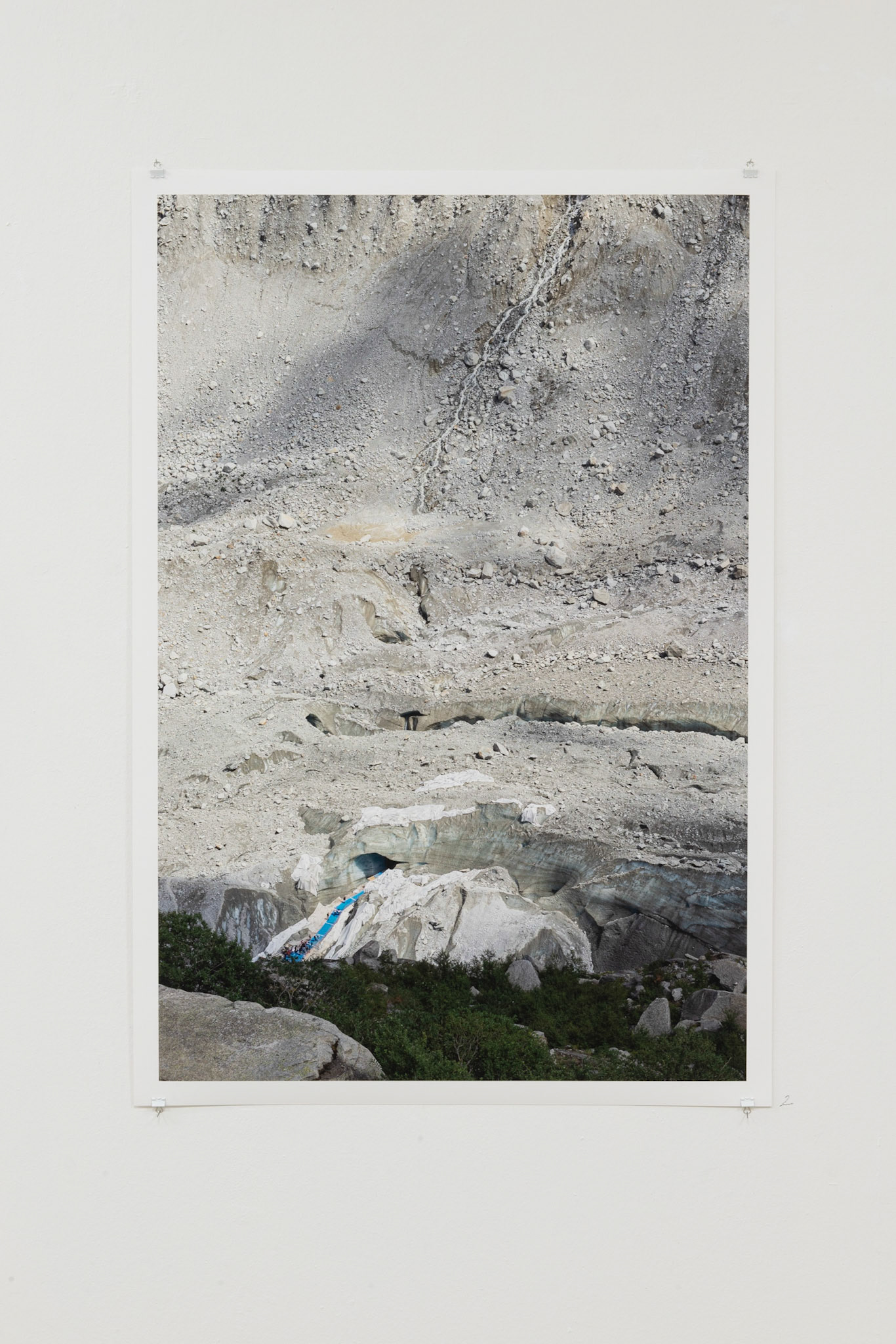 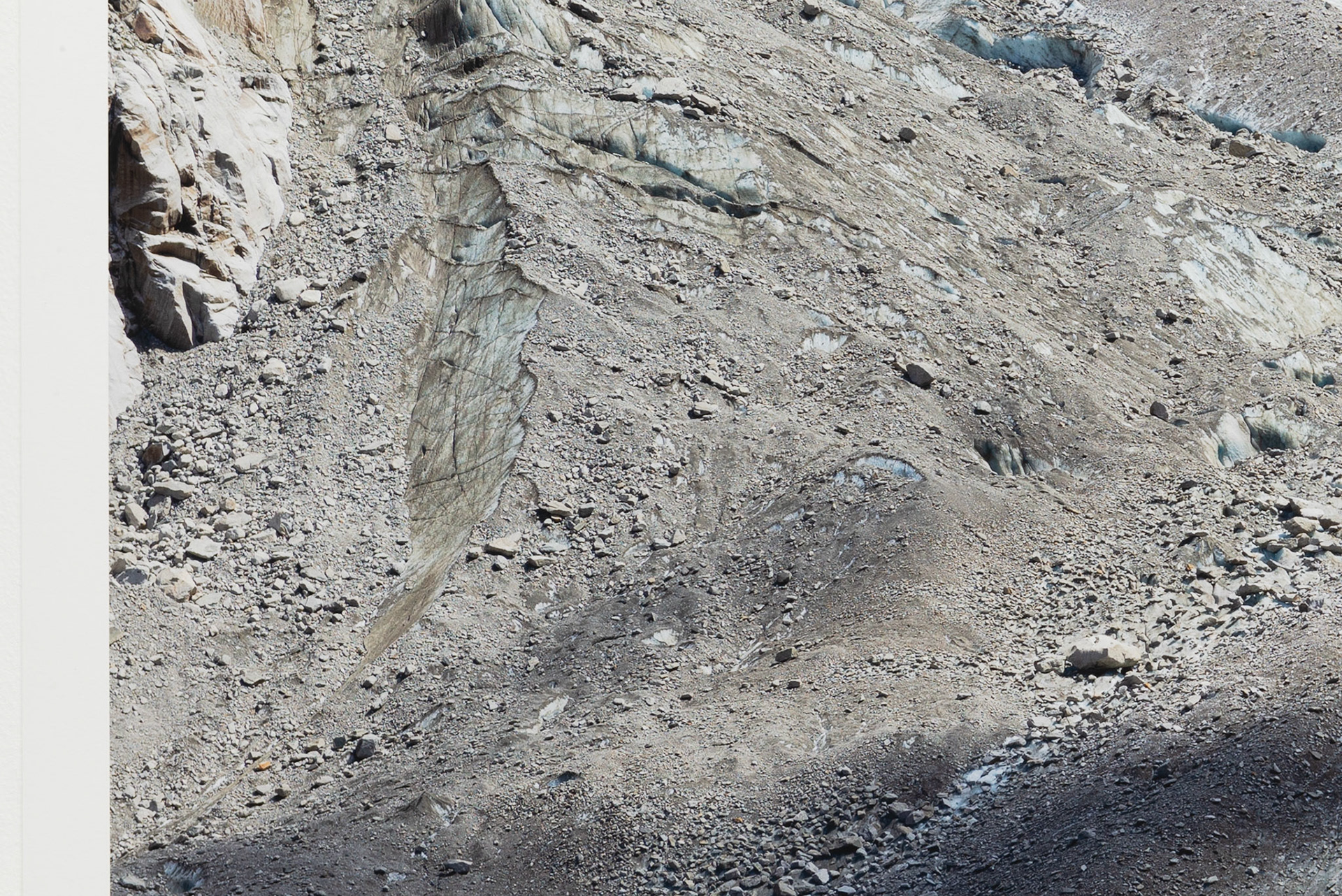 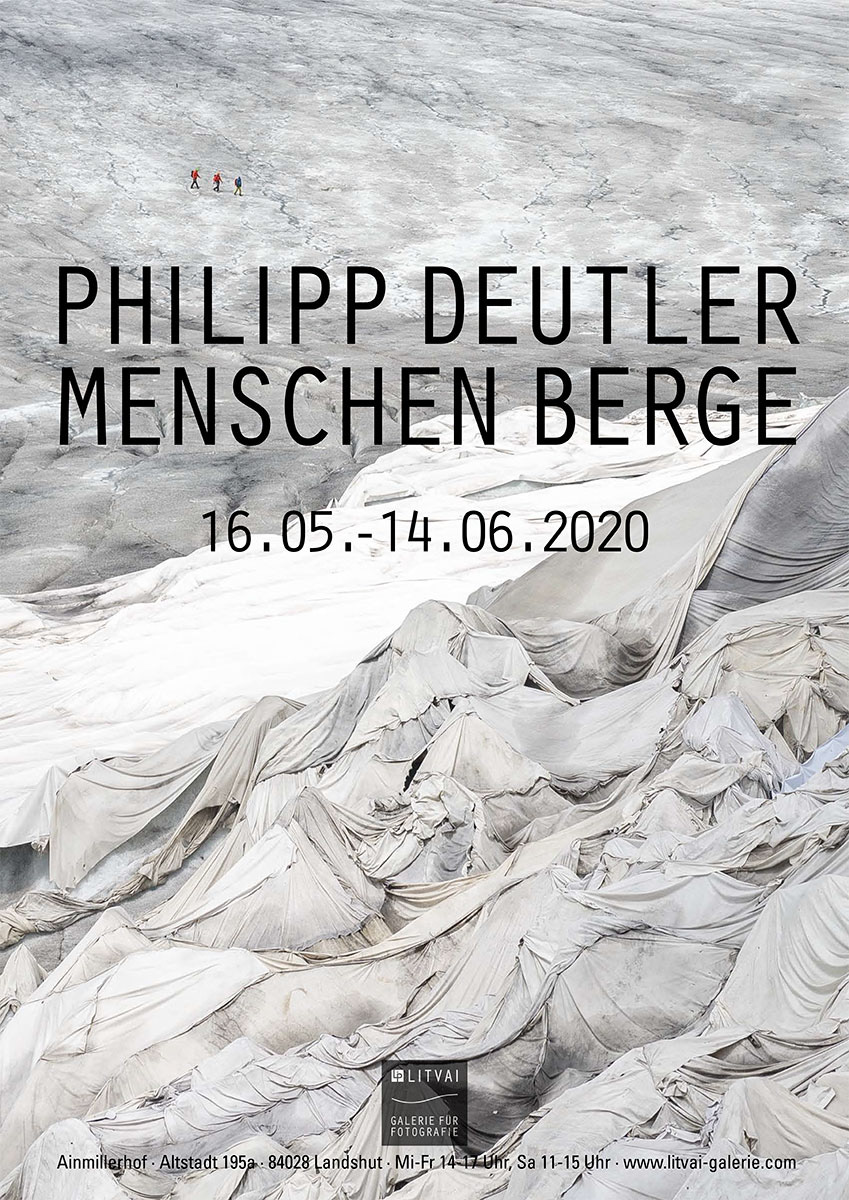 Litvai Galerie für Fotografie, Landshut (Link)
Ainmillerhof, Altstadt 195a, 84028 Landshut
16.05. – 14.06.2020
Exhibition view
Introduction*
Born and raised in Rostock, Germany, Philipp was interested in photography as a means of capturing and documenting his environment from an early age. At that time he took pictures of his immediate surroundings, his family, school, his family tomcat. Later, as an adult, he took many pictures while travelling: cityscapes, urban scenes, people in the city.
With the first conscious experience of a glacier up close, it was the Pasterze in the Hohe Tauern, 12 years ago a change came. Impressed by the beauty and sheer size of the ice and rock formations, from then on he almost exclusively photographed glacier and mountain landscapes. His rather matter-of-fact view is directed towards the exploration of the large-scale structures of the landscapes, which are often depicted almost two-dimensionally, their materiality as well as the proportions between man, his traces and fixtures and the landscape. Nevertheless, when viewed closely, the pictures reveal many details that were invisible or indecipherable when looking at the whole picture from a distance.Â The colour photographs shown in the exhibition span an arc over this period of work.
The two black-and-white photographs on display contrast with this. They form the conclusion of the first urban working period. They show people as if standing on a stage, condensed in an extreme panoramic format and invite the viewer to invent stories.
Philipp Deutler lives in Munich and works as a designer for operating and display concepts for an automobile company.
*The exhibition title "Menschen Berge" translates as "People Mountains", which can be read in German as one word, meaning mountains of people or the mountains of the people.
Video introduction to the exhibition (German):
Catalogue